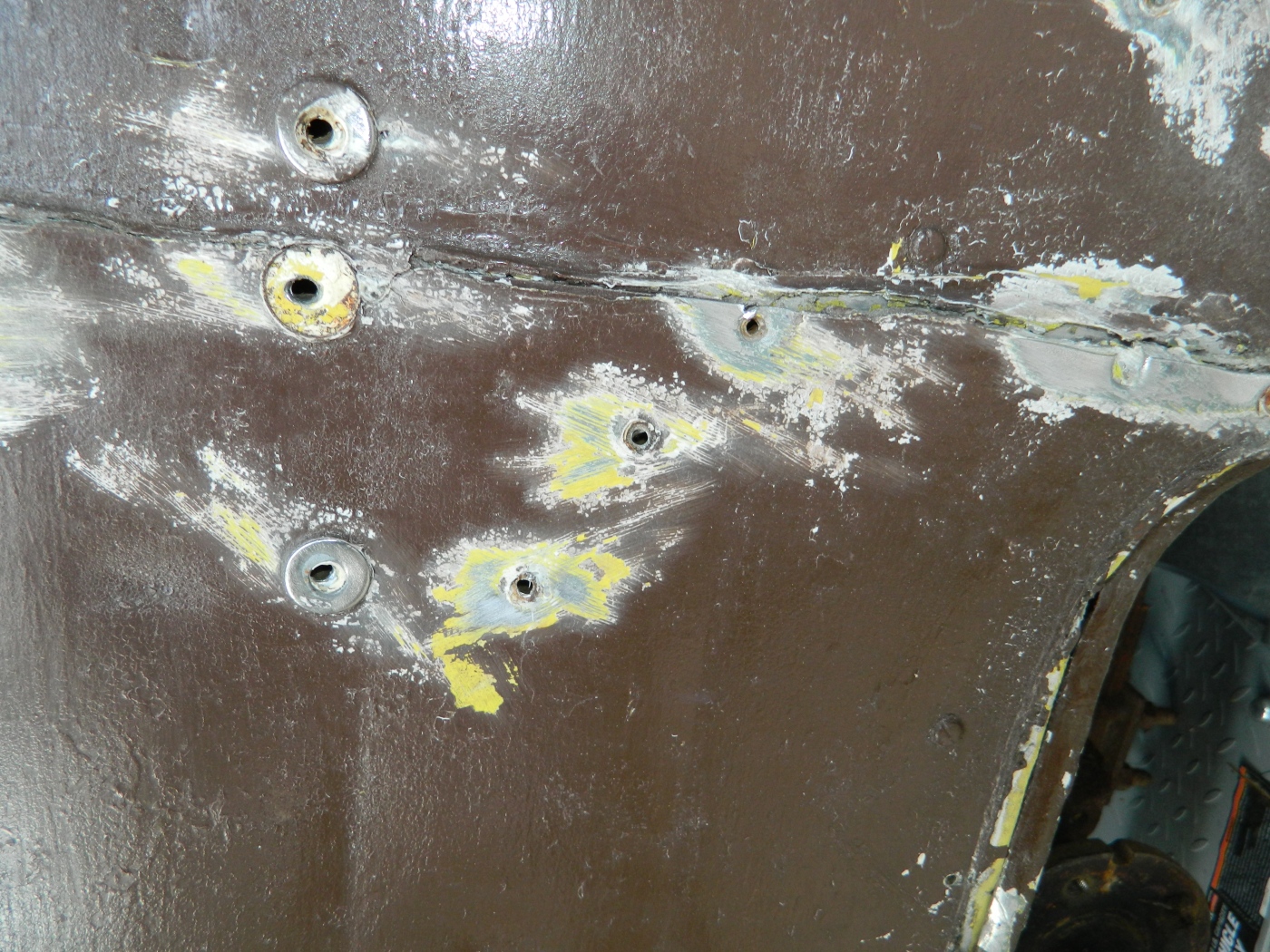 First order of business in starting the demolition of the trailer was to remove all of the excess screws. There were a lot of them. Like hundreds….

The exterior of the trailer had several rows of screws, which had been added at some point after the original construction. Given the prior hail damage, we speculated that extra screws were added by a previous owner to help stabilize the damaged skins. As the trailer had several layers of paint, we needed to use a wire brush on a drill to clean the screw heads. Then began the tedious process of removing each screw, which often had to be done by hand. As we cleared away layers of paint, we found that the trailer had originally been butter yellow, and later bright green, gray-green, and the current brown shade.

The interior of the trailer was also full of screws. The couple we bought the trailer from had added rope lighting and an extensive sound system. We removed 14 speakers from in the interior of the tiny trailer!!! Unfortunately, in order to install the speakers, holes had been cut into every cabinet. Sadly, none of the cabinetry is salvageable because of the damage.

In the process of disassembling the interior, we found evidence of several color changes: White, black, aqua, mustard yellow, tan, and even peach! There had been at least 2 tile changes: the original dark yellow and olive green checkerboard pattern (probably asbestos tiles), and the newer black and white checkerboard vinyl flooring. We even found some vintage wallpaper!

By the end of the weekend we had succeeded in stripping the trailer inside and out. Next week we plan to remove the skins!